NLC Degree is a Career-Maker for IAM Leader 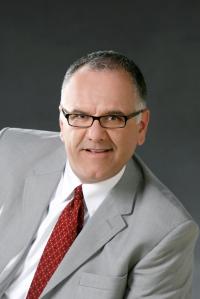 Richard Suarez, Bachelor of Arts in Labor Studies ’10 and Union Leadership and Administration from NLC

Of running his first marathon for charity, Richard Suarez said he “ran, walked and crawled my way to the finish line.” That same determination helped the International Association of Machinists and Aerospace Workers representative complete his Bachelor’s Degree in just 21 months.

Online Courses are Passport to Success
Like many union leaders and organizers, Richard spent most of his week on the road, canvassing a large territory on the West Coast representing the Northwest Airlines workers who had just merged with Delta. Doing most of his schoolwork sitting in airline terminals, at the gate and aboard planes, Richard knows that he couldn’t have done that at a traditional type of educational environment.

Other schools offer online degrees, but for Richard, the NLC was unique because of the camaraderie of the students. Richard says, “Adults going back to school feel intimidated. But at the NLC, you’re coming into the house of labor, interacting with people in your movement who identify with you.”

Fellow Students, Professor and Family are Support System
In addition to the camaraderie with his fellow classmates, one of the NLC’s assets is it’s professors:

The professors at NLC knew exactly what we were going through. They were labor advocates, too. These are people that know our problems, know what we face, and speak our language.

Richard’s wife Susan was essential to his success. By helping him to say no to small events like bowling nights out or baseball games, Susan helped him see that the sacrifice was temporary and the benefits far outweighed the challenges. “Once I made the commitment to myself and my family, the rest was easy,” says Richard.

“Do it for You”
Why go back to school? “Do it for you,” says Richard. “Yes it’s going to get you a job and look good on a resume, but the primary benefit is YOU because you feel so much better when you have that degree. How much value does a papermill university have when you didn’t do anything? When you worked so hard it has value.”

Richard is now an advocate for the NLC making sure that his students know about the opportunity to complete their degrees at the NLC. To students worried about how hard the work will be he asks them, “How hard was your first day of work—and how easy is it now?  It’s the same thing with school. You’ve got to give it a try.”

Thinking of applying? Get started.

If you’d like to speak with Richard, feel free to email him.